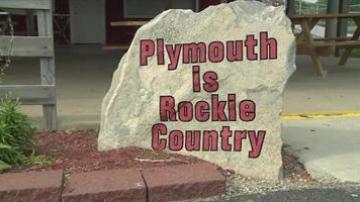 PLYMOUTH, Ind. -- Tradition is what makes high school football so much fun every Friday night. This season, one tradition is returning to Plymouth High.

Officials said some of the lyrics were inappropriate.

But decades old traditions don't die that easily in Michiana.

Barron has been with the team for over 20 years and says there's no greater feeling than putting up points on the scoreboard and giving fans a reason to sing.

Coach Barron says it was hard on the whole community because it's the song everyone looked forward to on Friday night.

"You start thinking about all the times with your teammates when you were playing and you know how special it is for those guys that are currently playing," says Garrity.

Their first game is Friday, August 29th against Bremen.