Pokemon 'no': 7 other games to get you moving instead of Pokemon Go 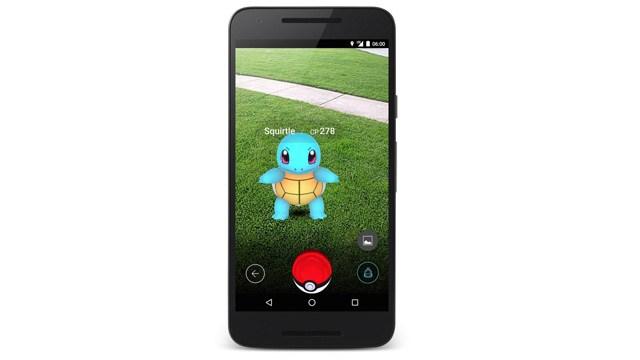 (CNN) -- Pokemon Go may be keeping gamers glued to their phones, but it's also helping to get them out of the house to be more physically active.

The game requires players to actually move -- yes, either walk or even run -- from one location to another to find fictional, animated "pocket monsters" called Pokemon.

"Many people are saying on social media that their legs are sore from walking, which means that they probably weren't active before," said Dr. Michael Smith, chief medical editor for WebMD and internal medicine physician at Good Samaritan Health Center in Atlanta.

"Anything that gets people moving in my mind is a great thing," he added. "The downside is it's likely to be fleeting. Gamers may go on to the next big thing, but hopefully some will realize just how better they feel physically and mentally after being more active."

Since Pokemon Go is an active mobile phone game, the American Academy of Orthopedic Surgeons is urging gamers to be mindful of their surroundings and not injure themselves by walking with your eyes glues to your cell phone screen. In general, nearly four out of 10 Americans have personally witnessed a distracted walking "incident," in which people on their phones have bumped into or tripped over something, according to a recent academy study.

Elisabeth Rodgerson, a 19-year-old resident of Frederick, Maryland, who created a Twitter page devoted to Pokemon Go gaming tips, said that she sprained her ankle while playing the app.

"We were at a college, because colleges tend to have more Pokestops, and my friends told me to meet them down at the football field. I was like 'OK I'll go run to meet them,' and fell and sprained my ankle and scraped up the other one," Rodgerson said.

"Once I recover, I think I'll play the game again," she added. "I was physically active before. I used to go to the gym all the time, but I've definitely gone outside so much more since the game came out and so have my friends. My friends and I used to go home after work and play video games online and ever since the game came out we have been going around town together instead."

If Pokemon Go is a no

While Pokemon Go is not structured physical exercise, some experts have noted that it might be a fun way for gamers to walk the 10,000 steps that are typically recommended.

"All-in-all, if your goals is to reach 10,000 steps and you can do that with a game -- great! If you need to get a sweat session in the gym to attain your goal of losing inches, that's great too," said Michelle Kulovitz Alencar, assistant professor in the department of kinesiology-fitness at California State University, Long Beach.

"The trends that we see in technology, they kind of come and go," said Kelly Johnson, an instructor and doctoral student in the department of health, exercise and sports sciences at the University of New Mexico. "Pokemon Go is just a way for people to be more physically active. What happens when the app goes away?"

Out of the more than 40,000 health-related mobile apps available to users, there are many games similar to Pokemon Go that use either augmented reality or geolocation to get physically active and have fun. So, if you feel more like Pokemon "no" than Pokemon Go, here are seven other games that mix fun and adventure with physical activity.

Zombies, Run! is an immersive running game app in which gamers are tasked with surviving a zombie apocalypse. As gamers jog in real life, they can listen to scary story lines and sound effects of zombies chasing them. In fact, gamers have to speed up whenever a zombie is on their heels. The farther you run, the more supplies you collect to survive.

"It's perfect for interval training," said Johnson, who is currently studying how wearable devices and telemedicine technology influence health outcomes and collaborating with Alencar on research.

Geocaching is an outdoor game app in which people use an app or a GPS device to discover hidden containers around the world. Yes, real containers, and some of them even contain small trinkets for trade.

SpecTrek is an augmented reality ghost-hunting game in which users must walk or run to various locations to find virtual ghosts and "catch" them on their phone's camera.

In BallStrike, users have to punch or kick a series of balls that appear all around them in their phones' or tablets' rear-facing cameras. The idea is for the user to twist and turn to hit each ball, making the ball explode.

In The Walk, which was developed by the same team that created Zombies, Run!, the gamer must carry a package that could save the world to a mysterious destination.

As the player walks during the day, they get closer and get closer to the destination, while also unlocking immersive audio story clips along the way. The game takes three months to complete, which might be long enough to develop a new fitness habit.

Superhero Workout was developed by the same creators of Zombies, Run! and The Walk. In the game, the user becomes the pilot of a battlesuit tasked with defending the world against alien forces. The game requires the user to complete real-world exercises, from abdominal crunches to arm punches, to defeat the aliens. The app uses motion detection to track the user's progress.

Jump, Jump Froggy offers a fun way to get children moving. The game app requires users to physically jump around to help a frog collect flies buzzing around its head to eat.

Such games that involve physical activity are labeled as "exergaming," said Dr. Kay Leaming-Van Zandt, attending physician at Texas Children's Hospital Emergency Center. She also pointed out that the Centers for Disease Control and Prevention recommends that children accumulate at least 60 minutes daily of moderate to vigorous physical activity.

"Replacing low to moderate activities with exergaming may be a fun, exciting and enjoyable alternative. Additional activities, such as sports, recreation, chores, work, planned exercise and school-based physical education, should also be incorporated in a child's daily schedule," Leaming said.

"Because sustained vigorous activity was generally not elicited during active video game play, children should not replace high-intensity activity with exergaming," she added. "Additionally, today's children are spending an average of seven hours a day on entertainment media, including televisions, computers, phones and other electronic devices. Although exergaming is an enjoyable and easily accessible alternative to exercise, children should not spend more than one or two hours per day on any electronic device."