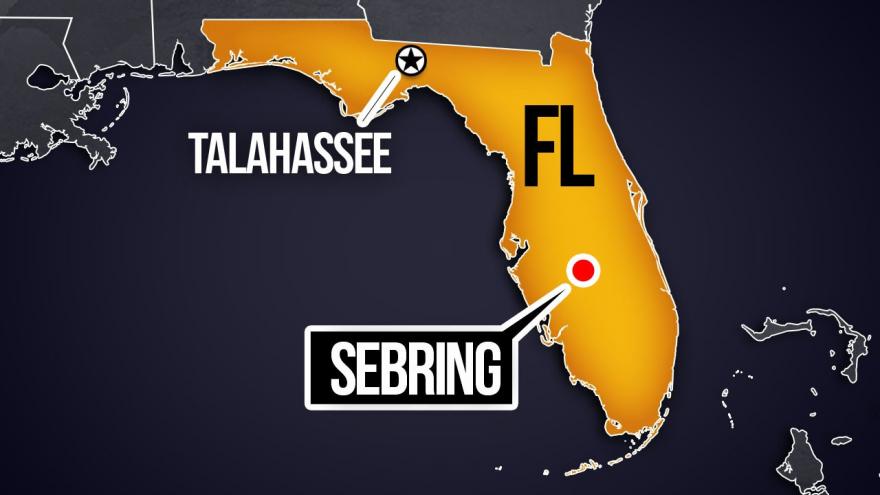 Zephen Xaver, 21, was arrested after the shooting at a SunTrust branch, Sebring police Chief Karl Hoglund said at a news conference.

The victims were not immediately identified.

A man called police dispatch Wednesday afternoon and reported that he had fired shots inside the bank, Hoglund said. Initial negotiations failed to persuade the barricaded man to leave the bank, so the Highlands County Sheriff's Office SWAT team entered the building to continue negotiations, and the man eventually surrendered, he said.

Police didn't say what charges Xaver would face or indicate a motive.

Gov. Ron DeSantis was in the region for an infrastructure tour and traveled to Sebring after news of the shooting broke. He said the Florida Department of Law Enforcement would assist Sebring police and the Highlands sheriff's office in any way possible.

"Obviously, this is an individual who needs to face very swift and exacting justice," DeSantis said of the gunman.

An FBI mobile command unit arrived at the bank Wednesday evening to join the investigation.

SunTrust Chairman and CEO Bill Rogers released a statement saying the bank is deeply saddened by the tragic shooting.

"We are working with officials and dedicating ourselves to fully addressing the needs of all the individuals and families involved," Rogers said. "Our entire team mourns this terrible loss."