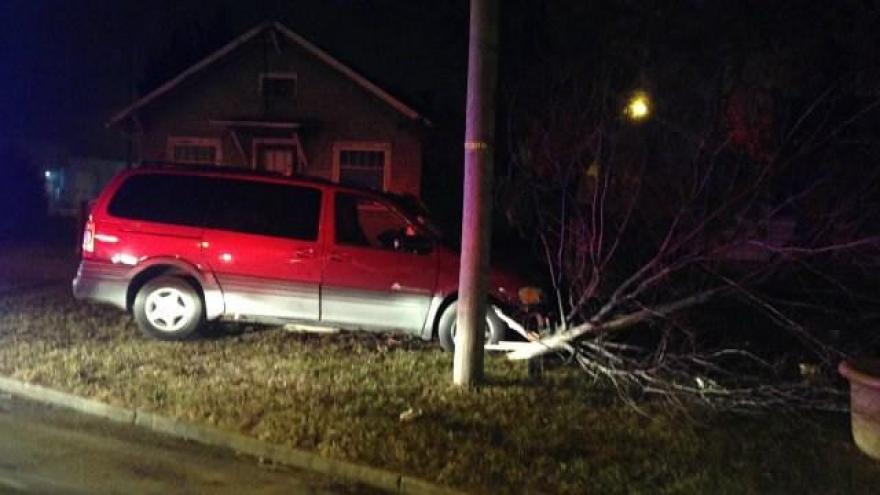 An 8-year-old boy is accused of driving his family's van into a tree.

Police say around 12:45 a.m. Monday, an 8-year old boy drove the van off the road on Lincolnway West and into a tree.

Police arrived on scene only to find the driver was a child. They say he was the only person in the van.

According to police, the boy was attempting to drive to a family member’s house.

It’s unclear just how far he made it or how fast he was going.

Police say he was taken to Memorial Hospital as a precaution.

Police say if this had happened at any other time of day, this accident could have been a lot worse.