Police are increasing their presence near off campus housing 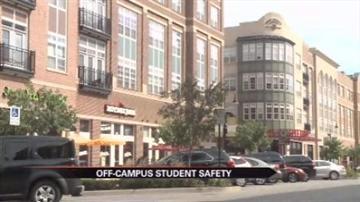 SOUTH BEND, Ind.-- South Bend Police are asking students who live in off campus housing to become more aware of their surroundings.

Police sent out an alert with tips on how to prevent crime as students return to school.

There are ten registered sex offenders within a mile radius of Eddy Street Commons.

Police say students should be aware of what's around them by using websites like family watchdog.

Students say crime is the last thing they think about when choosing a place to live.

Kelly Burke said, “I hadn’t personally heard of this many break-ins during the summer as I had when I actually started living off campus.”

Since Kelly moved into her apartment this summer she says several cars in her area have been broken into.

Burke said, “At Lafayette we’re getting a policeman to drive through during the night every once in a while so it makes me feel a lot safer.”

Police are telling people to take anything valuable with them.

They also said don’t leave moving boxes outside your house. That suggest you have expensive items like a big flat screen television.

With football season around the corner, police are encouraging people who are drinking to take cabs home  and never walk alone.

Trent said, “Trimming back a bunch of overgrown brush and putting up newer and better lighting in that area so it’s better than it used to be trust me. When I grew up in that part of town it was quite a bit different. It didn’t look a thing like it does now.”