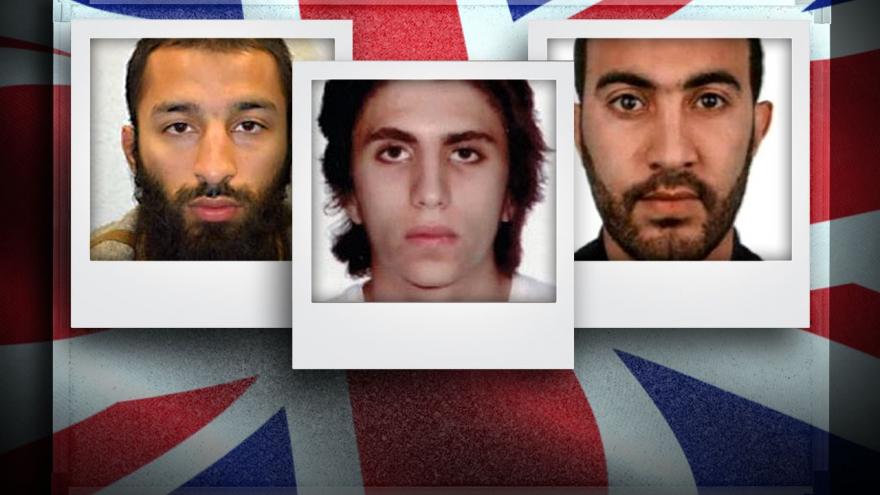 Two men were arrested on a street in Ilford and the third was apprehended at an Ilford residence when police searched the home, authorities said.

The three were taken into custody at a south London police station under the Police and Criminal Evidence Act.

Police continue to search the Ilford home and a business in Ilford as well, authorities said.

Police said three men -- Khuram Shazad Butt, 27; Rachid Redouane, 30; and Youssef Zaghba, 22 -- rammed a van into pedestrians on London Bridge before launching a stabbing spree in bars and restaurants at nearby Borough Market on Saturday.

Police shot and killed the three attackers, who were wearing suicide vests that turned out to be fakes. The assailants killed eight people and wounded 48 others.

Twelve people were initially arrested after the attack but they were later released without charges, Metropolitan Police said Monday.