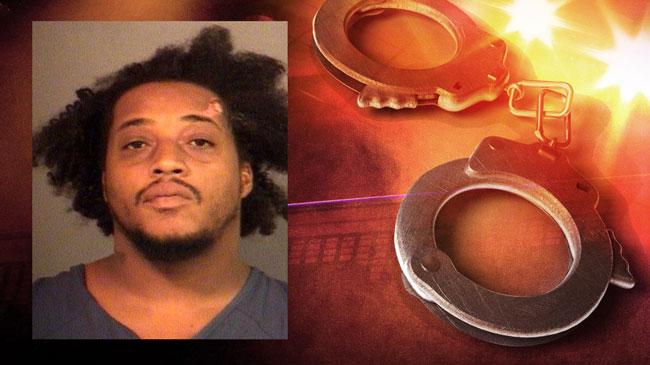 A man was arrested for four violent robberies within two and a half hours in South Bend early Tuesday morning.

3:30 a.m.
At approximately 3:30 a.m., an officer with the South Bend Police Department was dispatched to the 100 block of St. Joseph Street.

The victim told police he was on his bike when a man, later identified as Edmond White Jr, approached him and asked for a smoke.

White asked the victim for money to buy cigarettes.

The victim told White he didn’t have any money and started to ride away.

White allegedly ran up to the victim and struck him in the head.

The victim fell and when he tried to get up, White said, “Don’t get up or I’ll whip this pistol out,” according to the probable cause affidavit.

White then took the victim’s cell phone, headphones and bike.

5:15 a.m.
At approximately 5:15 a.m. police were dispatched to Elwood Avenue for a robbery call.

The victim told police she had just put two of her children in her vehicle when a man, later identified as White, walked up and hit her in the face.

The victim fell into her vehicle and White grabbed her purse and said, “Give me the [expletive deleted] purse,” according to the probable cause affidavit.

The victim said he was in the area of Portage Avenue and Angela Boulevard when a man, later identified as White, asked him for a smoke.

The victim told police he gave White a cigarette and when he turned around, White punched him in the head from behind, according to the probable cause affidavit.

The victim told police he was dazed and blacked out for a moment.

White allegedly told the victim to empty his pockets.

The victim told police he gave the man a black LG phone, his ID a Walmart Money card and his backpack.

6 a.m.
At approximately 6 a.m. officers were dispatched to the area of Olive and Roger Street for a robbery.

The victim said she was leaving the Citgo to walk to the corner of Roger and Olive to wait for the bus.

She told police she saw a man walking towards her and she felt uncomfortable. She said when he got close, he looked around and grabbed her purse, according to the probable cause affidavit.

The victim said the man was so large and she was so scared she didn’t fight back.

The victim immediately called 9-1-1 and gave a description of the suspect and his last known location.

Officers spotted White in the area of Johnson Street near Bertrand Street wearing a backpack.

Officers chased White and ordered him to stop. When he failed to stop, officers deployed the taser, but White did not stop.

Eventually officers tackled White and took him into custody.

In the probable cause affidavit, the state requested a $400,000 bond. He had just been released from the St. Joseph County jail at midnight, just over three hours before the first robbery, according to court documents.