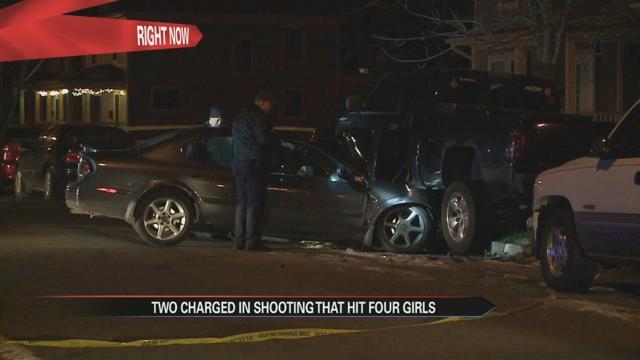 A 15-year-old has been arrested in connection with an incident that happened in South Bend on January 3 where two 12-year-old girls were shot while riding in a stolen Nissan.

According to the Captain Robert Hammer of the South Bend Police Department, the 15-year-old was driving the Nissan.

The Nissan was traveling on Harrison Avenue on January 3 when an SUV pulled up and a passenger began firing shots at the Nissan.

The Nissan crashed and the driver fled, police said.

The St. Joseph County Prosecutor's Office says on Wednesday it filed a detention order and petition against the juvenile alleging delinquency for auto theft.

The teen was detained Thursday.

A hearing was held Friday morning and the teen was released on trust house arrest and will be placed on GPS monitoring.

The teen's name has not been released.

Two people have been arrested in relation to the shooting.