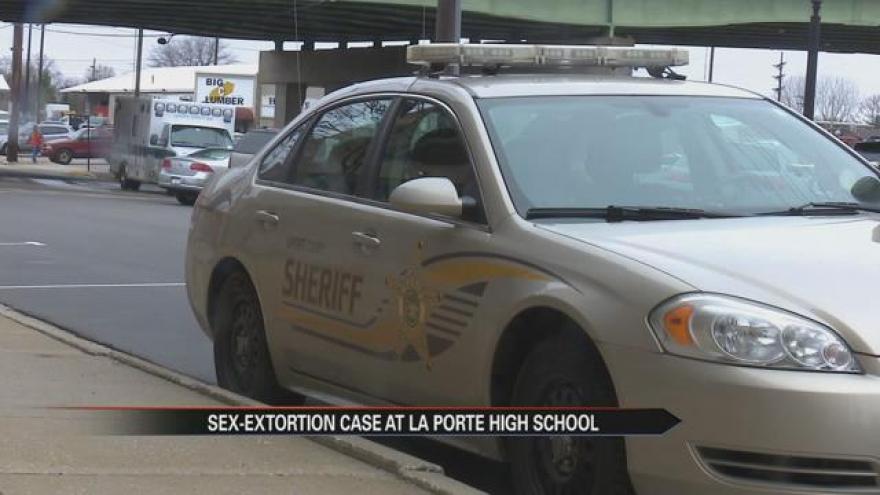 Authorities are calling it “possibly one of the worst cases of ‘sex-extortion’ to be investigated in this area.”

La Porte High School, police and even the FBI on alert after a video of child sex abuse surfaced on Facebook.

A message was sent out to La Porte High School parents about the video Thursday.

“It said something about a sexual event happened, and the school is working with the authorities to kind of investigate it still,” parent James Nelson said.

That sexual event mentioned in the message was a social media video, showing child sex abuse involving one of the high school students.

“I was surprised by the message, really shocking,” Nelson said.

Perhaps even more shocking to authorities was the amount of times the video had been viewed and shared by other people.

The video has since been removed, but La Porte County Police say anyone who watched or shared it may be guilty of possession or dissemination of child pornography.

Police called in the Internet Crimes Against Children unit to investigate.

Commander Chuck Cohen runs the unit out of Indianapolis.

He comment on specifics of this incident, but says the cases he handles are complicated and require many unique experts and tools to navigate the web.

“We’re talking about very young victims who have been exploited in various ways. So these specialized investigations, the technical investigative capabilities behind the examiners, and very specialized prosecutions require experts that are very experienced in this to do the investigation,” Cohen said.

As the investigation continues, police are asking the public doesn’t jump to conclusions, and instead has sympathy for the child and her family.

Meanwhile Nelson, who attended high school before the Facebook age, is reminding his kids to be careful of what they watch and what they share online.

“You have to be careful what you do or say on Facebook because everything is public. Everything,” Nelson said.

County police say no arrests have been made in the case yet.