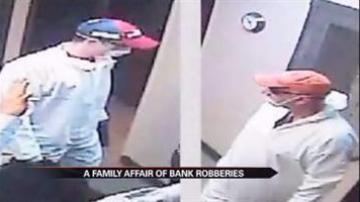 A family affair of bank robbers have finally been caught.

A father, son, and daughter team are accused of robbing as many as seven banks across two states.

Now under arrest are Ronald Catt and his son Hayden, both allegedly went inside the bank with guns. While Ronald's 18-year-old daughter Abby is charged with driving the getaway car.

Both children are honor students and athletes which is just one reason why those who know them are shocked.

"Yeah, it's a complete shock. When they were in McMinnville you wouldn't think anything. You wouldn't suspect it. They were really solid community members," said Eric Lundee, a Catt family friend.

The family is from Oregon but was arrested in Texas.