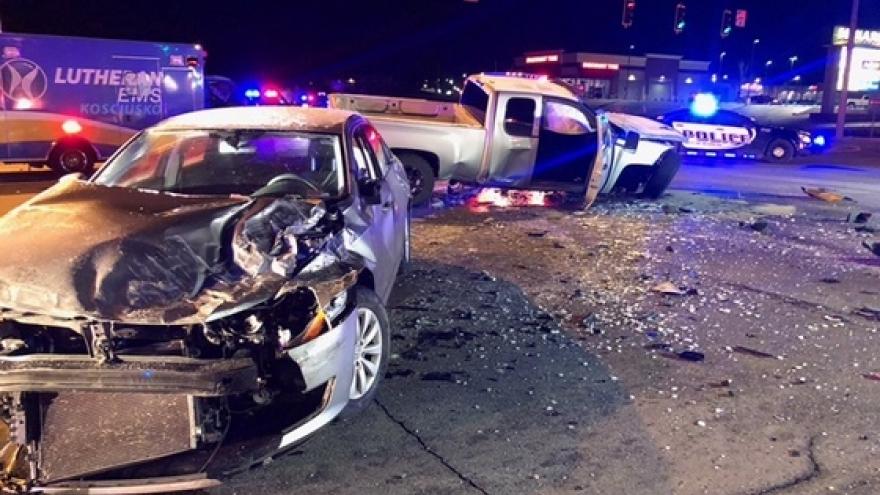 According to officials, two occupants in a suspect vehicle died after crashing into three vehicles after allegedly running a red light.

Officials say a theft occurred at 9:22 Saturday night near the Meijer on the 1200 Block of Lake City Highway in Warsaw, and officers located the suspect vehicle before it crashed at the intersection of US 30 and Parker Street.

Two people in one of the vehicles that was involved in the crash were seriously injured and taken to Parkview Hospital in Fort Wayne.

US 30 was shut down for some time but has since been reopened.

Officials say this is an ongoing investigation and the names of victims and the deceased will be released after family members are notified.

Anyone who witnessed this incident is asked to contact Indiana State Police.