Police chief accused of not backing up fellow officer 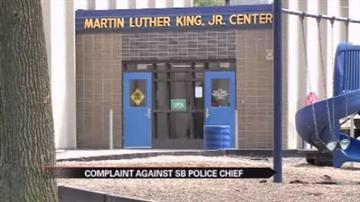 SOUTH BEND, Ind. -- South Bend Police Chief Ron Teachman has been on the job for just 3 months and a citizen is accusing him of not doing his job. The citizen says he didn’t back up another officer who may have been walking into a dangerous situation.

Reverend Greg Brown says it was a beautiful day in late April when a fight broke out at the Martin Luther King Jr. Recreation Center.

Teachman and another officer were inside at the time.

"Officer come out, he had his hand on his gun, he was walking to the back and it looked as if he was breaking up the fight. So as I begin to walk across the street, another kid tells me, ‘Reverend, the Chief of Police is in there, how come he's not out here?’” said Brown.

Brown says after the fight was broken up, Chief Teachman did come out of the building, but didn't check with the officer.

"I was concerned when I heard about it last night. And so therefore, I was very glad when President Dieter and the rest of our council members said you know we've got to move forward to make sure that this can be investigated,” said South Bend Common Council Member Oliver Davis.

The issue at hand is whether Teachman violated the duty manual by not backing up his officer.

"If we're going to grow and he is asking the ministers and the churches to come out and help; let us help you, but help us by coming out, doing your job,” said Brown.

The Common Council has asked the Board of Public Safety to look into this accusation and to provide a report back to them on their findings.

When we approached Chief Teachman to ask him about the incident, he said he didn’t have time to talk.