Initially, police said Mercedes was last seen with Justin Lee Miller at the Economy Inn Thursday evening. Police have established she was last seen on Saturday in Mishawaka.

Police said her parents voluntarily handed Mercedes over to Miller, as a babysitter. He failed to return her within a certain time frame.

Monday morning around 3:30 a.m., Miller and his vehicle were located in Starke County. He was taken into custody on a preliminary charge of neglect of a dependent.

Police also located Mercedes' mother, Tiffany Coburn, and she was taken into custody on a preliminary charge of neglect of a dependent.

Kenny Lain, Mercedes' father has also been taken into custody on a preliminary charge of neglect of a dependent.

Police said the three people in custody are giving conflicting information so they are asking for the public's help.

If you had any contact or saw Miller, Kenny Lain or Tiffany Coburn within the last week, please contact police.

Miller was seen in Marshall, St. Joseph and Starke counties over the last few days.

Mercedes was last seen in a white onesie with pink trim.

If you have any info, you can call Crime Stoppers at 800-342-STOP and remain anonymous. You could also be eligible for a reward. 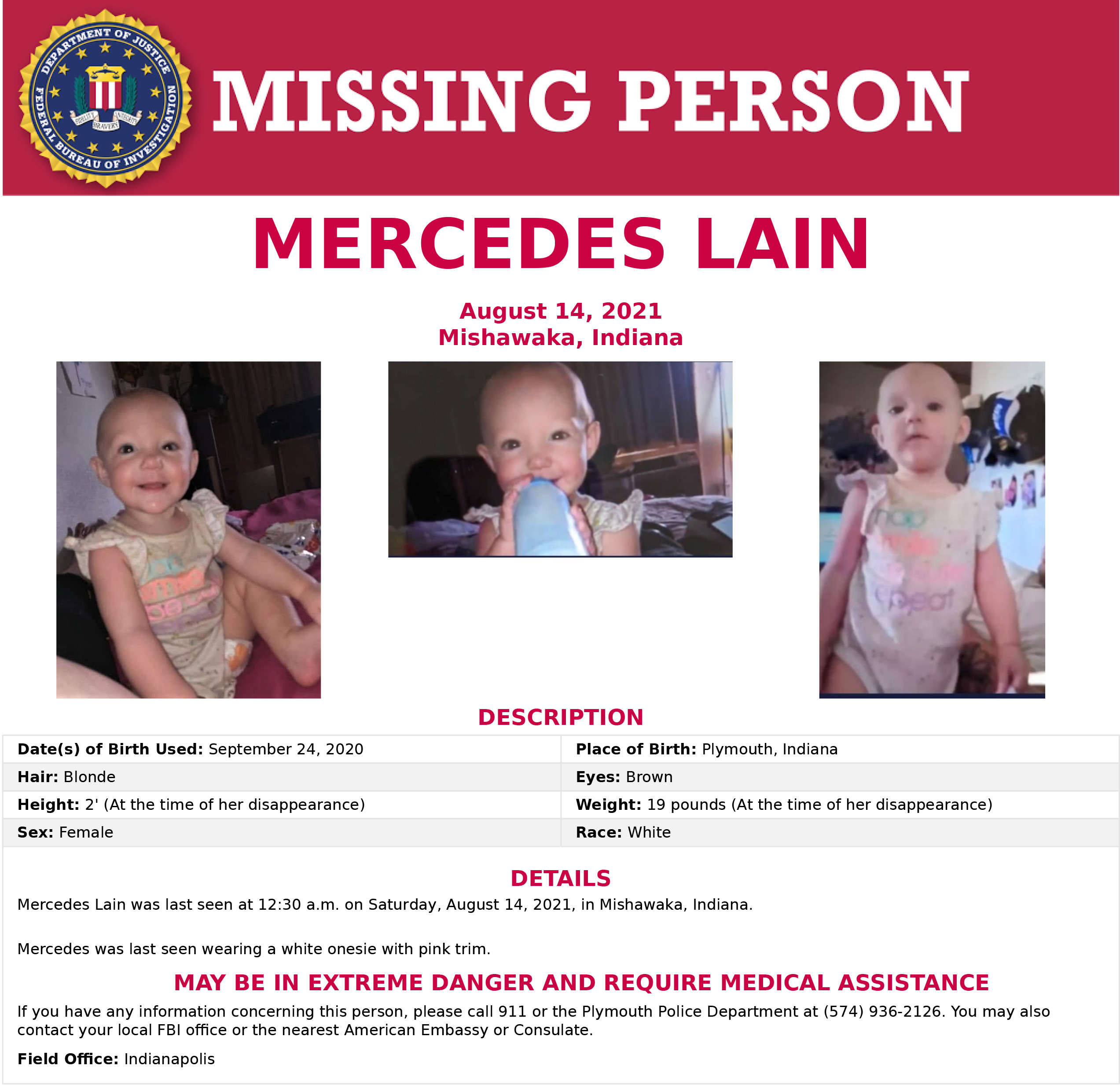