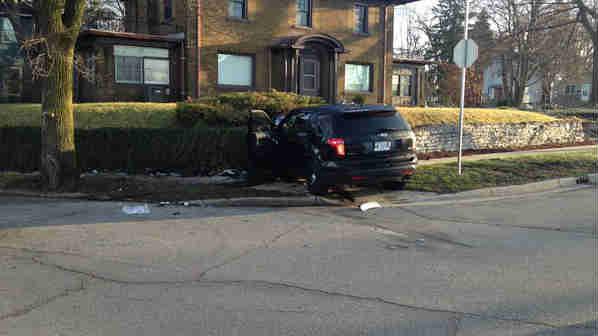 South Bend Police say they received the call of an injury accident near the intersection of Corby Boulevard and Niles Avenue shortly after 8:00 a.m.

According to the St. Joseph County Fatal Alcohol Crash Team, a Chrysler minivan was traveling southbound on Niles Avenue and turned into the path of Catanzarite's Explorer that was traveling northbound.

The minivan was pushed into a third vehicle, which was also traveling southbound.

Three people from the minivan, a mother and her two children, were taken to Memorial Hospital with minor injuries.

Catanzarite was taken to the hospital with serious injuries. A family member says he suffered an injury to his eye and there is a slight chance he could lose it.

Catanzarite's passenger, his daughter, had to have stitches but is OK.

Catanzarite's fellow officers have been visiting him at the hospital. Because the Roseland Police Department is so small, the accident has impacted everyone in the office.

Alcohol and drugs were not believed to be factors.