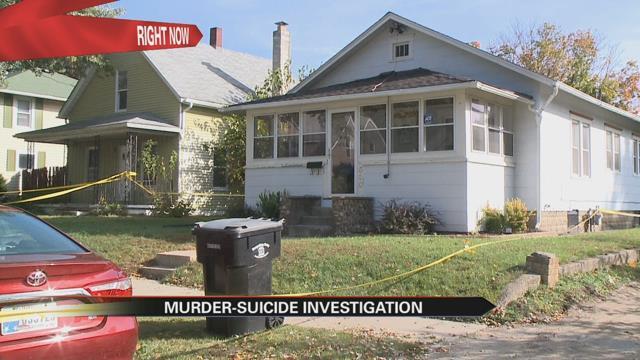 On Wednesday, Metro Homicide officially ruled their investigation as a murder-suicide in South Bend's River Park neighborhood. As soon as the police arrived to the scene, they found two dead bodies and a 5-year-old little girl watching cartoons.

According to police 45-year-old Amana Scott was shot and killed by her the father of her child, identified as Aaron Wilson who then turned the gun and killed himself. Their young child was in the home.

Investigators are vowing they will do everything they can to help her.

Commander Corbett said the 5-year-old girl is safe and with other family members, but he believes she will never forget the gun shots she heard inside her father's South Bend home.

"The little girl was in close enough proximity that she knows what went on," said Corbett.

Tuesday evening around 5:30, South Bend police received a call from one of Aaron Wilson’s friends.

That friend was on the phone with Wilson until---

“He heard the shot and then called 911. Police officers got there first and then he arrived," confirmed Corbett.

Commander Corbett did not give a motive for the murder-suicide but is calling this a selfish act. "The reason behind it is in my opinion is narcissistic."

Corbett says their 5-year-old daughter was home on the couch at the time of the shooting and heard the shots. He says she was watching cartoons when police arrived on scene.

Metro Homicide has finished processing this murder-suicide scene, but now families in the area have to deal with the aftermath.

Tracy Hall has lived in this area for 30 years and says this murder-suicide is un-nerving.

“I can’t imagine doing something like that to one of my own… that’s horrifying," she said.