Police could be cut in Berrien County 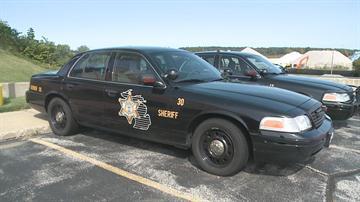 SAINT JOSEPH, Mich. – Police could be on the chopping block and Berrien County Sheriff Paul Bailey thinks public safety would be at risk.

The Berrien County Commission will soon vote on the 2013 budget and stagnant revenue will mean cuts for every department. According to Bailey, the toll on his department would be losing between three and seven officers.

“That’s ridiculous,” said Walter Zych, head of Berrien County’s Neighborhood Watch program. Zych and several others have circulated petitions against the cuts. He said dozens have already signed. “And we’ve only been working on petitions for three days now.”

“County government isn’t any different than a household,” said Berrien County Commissioner Jon Hinkleman. “You’ve got to live within your means.”

Hinkleman said property tax revenue for the county is projected to be stagnant in 2013. Each county department was asked to keep the same budget as 2012. With increases for personnel costs, cuts need to be made including at the sheriff’s department.

“Anything else would really cause a big problem,” said Bailey explaining that the department has eliminated 15 positions in six years. More cuts would mean an increase in shifts where minimal patrol officers are on the road. “I think it will start to cause some public safety risks to the community without adequate police protection out there.”

Bailey said $1.3 million in county contingency money should be considered to pay officer salaries. Hinkleman said such measures would be unlikely.

“There’s a little bit of pain for everyone,” said Hinkleman. “Everybody has to operate as lean and mean as they can to provide the taxpayer everything they’ve come to expect.”

Zych is worried that Berrien County will attract crime from nearby areas. “Criminals are going to go where the easy pickings’ are.”

Berrien County commissioners are expected to review the proposed budget Thursday. A vote has not been scheduled.

Today 88° Times of sun and clouds