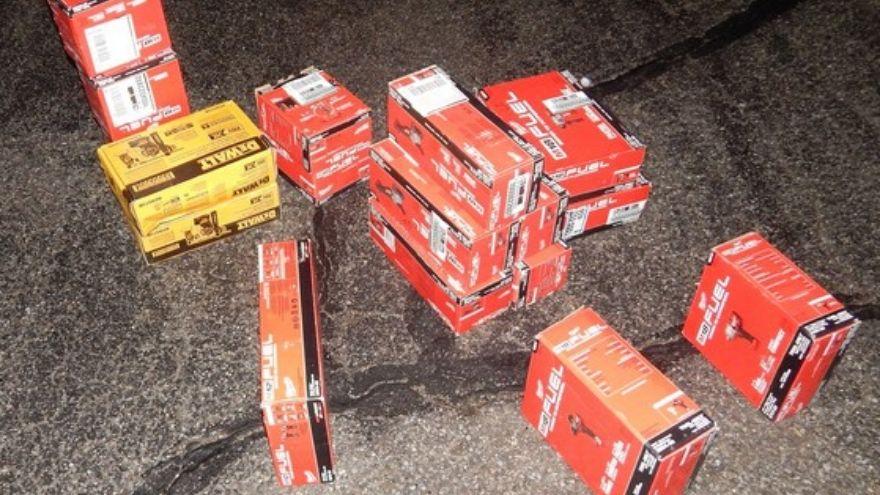 ST. JOSEPH COUNTY, Ind.— A traffic stop on the Indiana Toll Road on March 16 led to the recovery of stolen power tools and the arrest of three Indiana men, according to Indiana State Police.

Around 8:15 p.m. on March 16, two state troopers stopped a blue Chrysler for traffic violations on the Indiana Toll Road near mile marker 77.

Troopers reportedly smelled marijuana coming from the Chrysler while speaking with the driver, identified as Michael Marsh, 29, of Gary, Indiana.

An investigation showed that the tools were stolen from Home Depot stores in Michigan, police said.

Marsh was arrested on suspicion of receiving stolen property, driving while suspended-prior, and an active warrant out of Michigan for shoplifting.

The two passengers in the Chrysler, Jordan Smith, 19, of Crown Point, and Eric Smith, 23, also of Crown Point, were both arrested for allegedly receiving stolen property. They both also have active warrants out of Michigan for shoplifting, police said.

All three suspects were taken to the St. Joseph County Jail.