Police: Frankfort man passes out in drive thru, crashes Jeep 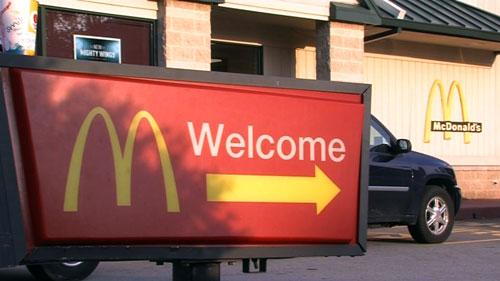 A man who pulled up to a Frankfort McDonald's drive thru for a late night snack ended up in jail instead after passing out drunk in his car and leading officers on a chase, police say.

When officers arrived at the McDonald's, they had trouble stirring Borjas. An officer entered through the passenger door and turned off the ignition. The officer then placed the key in the passenger seat.

Officers finally got Borjas to wake up, although he was disoriented when he came to, police said. He was slurring his words and had to use the car for balance when he got out. He went back inside the vehicle, presumably to get his ID. Instead, he took the key to the ignition, started the SUV and speed off, court documents said.

Officers followed Borjas' car until the Jeep ran into a light pole at Autumn Court and Maish Road. Borjas then got out of the vehicle and tried to run away. After a brief foot chase, officers managed to stop Borjas on Maish Road and restrain him.

Borjas said he'd submit to a chemical test, and officers headed for the Clinton County Jail.

The story didn't end there, however.

Police said Borjas complained of pain in the squad car and then opened the front passenger door. An officer grabbed him by the hood and stopped the squad car to close the door and secure it. The officer held Borjas in place until they arrived at the jail. According to court documents, Borjas began "crying that he didn't want to go to jail."

He failed field sobriety tests and tested for 0.149 blood alcohol content. During a search of Borjas, police also found a dollar bill with a white powder; the substance tested positive for cocaine, court documents said.

Charges against Borjas include operating a vehicle while intoxicated endangering a person, resisting law enforcement, possession of cocaine, driving while suspended, operating a motor vehicle without ever receiving a license, failure to stop after an accident resulting in non-vehicle damage and synthetic identity deception.