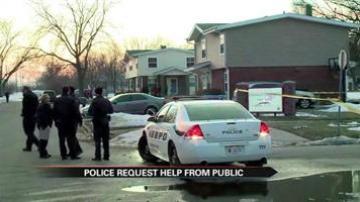 SOUTH BEND, Ind. -- South Bend Police are frustrated. They say people who have witnessed crimes either don't cooperate or don't come forward. It makes it more difficult to solve crimes. It's causing residents to lose hope that crime will go down.

"If you want this to stop, help us," said Captain Phil Trent of the South Bend Police Department.

"They call this the hood, but I call this my home," said Michael Clark, a resident of Fremont Avenue.

Clark has called this neighborhood home for 45 years. He knows the people touched by Tuesday night's fatal shooting.

"I feel sorry for their families. I don't know how that feels," said Clark.

He is accustomed to the violence. He says he almost lost his father to gun violence a few years back.

"My father was shot in the same neighborhood. It didn't drive me away but it really made me think about my environment, my community," said Clark.

Clark says the loss of a young life is one too many and he wants his neighbors help police solve Cornell Taylor's murder.

"If that was your mother, your father, your son, your daughter a relative or a loved one of yours, what would you want to happen?" said Clark.

Police have identified the suspect in the shooting as Shyheem Jones.

But they are still investigating and need help. If you can provide any information, you can do so anonymously by calling Crime Stoppers at 574-288-STOP or 800-342-STOP.