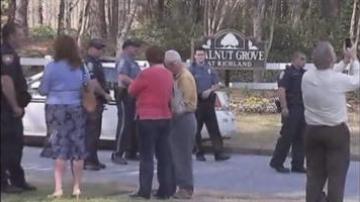 SUWANEE, Ga. — Police say the man who held four firefighters hostage on Wednesday is dead. A SWAT team raided his home where they shot the suspect to prevent him from harming the hostages.

According officials, the firefighters were responding to an emergency call in a suburban Atlanta home when the hostage crisis happened.

A man called police saying he has having a heart attack.

During the police negotiations, he asked for his utilities to be turned back on.

"Apparently he's going through some financial issues and the power was turned off along with the cable and cell phone and so on and he wanted all those things done and that's why he was holding them hostage," said Corporal Edwin Pitter of the Gwinnett County Police.

An officer was shot in the incident, but his injury was not life threatening.