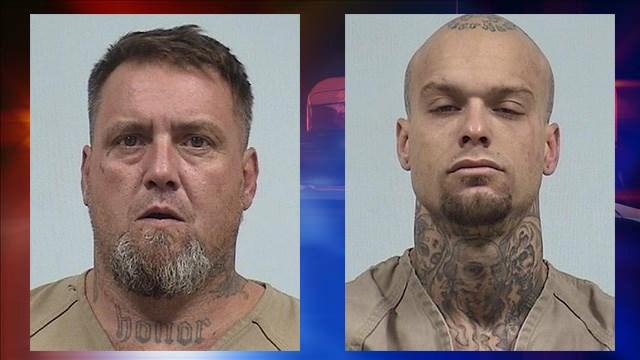 Elkhart Police conducted a traffic stop on a vehicle in the area of Sterling and E. Indiana avenues.

Police said the driver and back seat passenger started reaching around the inside of the vehicle as though they were attempting to retrieve or conceal something.

The back seat passenger was removed from the vehicle for officer safety.

The driver was removed from the vehicle after police determined he did not have any weapons.

While officers were conducting their investigation, the driver allegedly started to resist and tried to get back into his vehicle. Police noticed a handgun in the door pocked of the driver's door.

When the driver continued to resist and attempted to get back into the vehicle, officers used a Taser to get control of the driver.

Officers searched the vehicle and said they located a handgun in the driver's door, a handgun on the floor of the driver's side, and a handgun under the front passenger seat. Police also said they found over 40 grams of methamphetamine, paraphernalia and over 6 grams of marijuana.

Douglas Flick, 43 years old of Goshen, was arrested on preliminary charges of carrying a handgun with a previous felony conviction, possession of methamphetamine and resisting law enforcement.