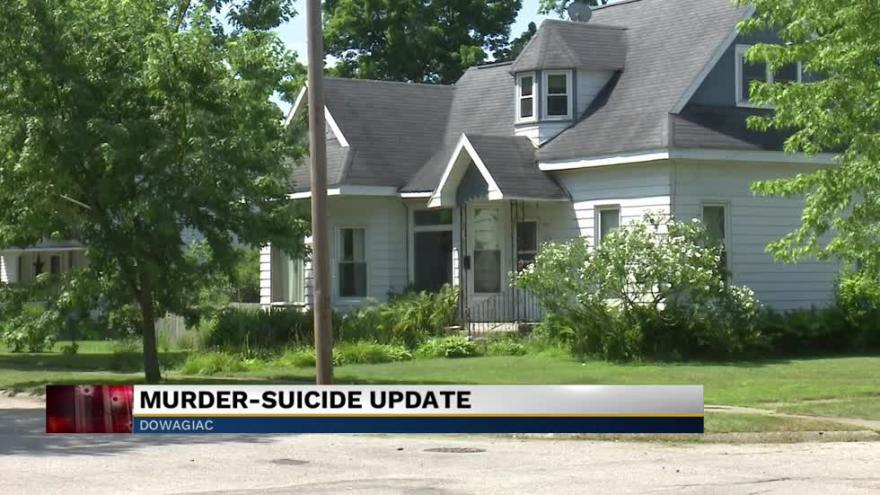 DOWAGIAC, Mich. -- The Dowagiac Police Department has released the names of the husband and wife who died Saturday evening in a double shooting.

Police were called to a home in the 300 block of Mcomber Street around 8:45 p.m. Saturday.

When they arrived on scene, they found the body of 41-year-old Jason Clark. Police said he had a self-inflicted gunshot wound.

A minor at the scene was at the residence at the time of the incident but was not injured.

Police said evidence at the scene and witness statements say the incident is consistent with a murder suicide.