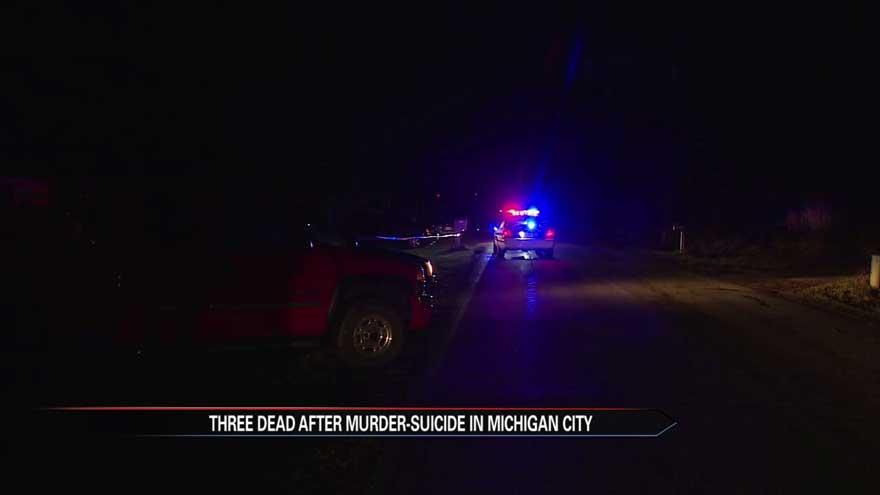 The names of the three people found dead in a home Monday afternoon have been released by the Michigan City Police Department.

The deceased were identified as 71-year-old Barbara Evans, 73-year-old Walter Evans, and 48- year-old Tammy Evans. All three had been shot.

Police were called to the home after a 9-1-1 call from a relative who lived at the home.

Police collected evidence at the home including a handgun, bullet casings and a handwritten note, police said.

Police said Tammy shot and killed Walter and Barbara several days and she remained in the residence.

The handgun and written note were found with Tammy in a separate area of the residence, police said.