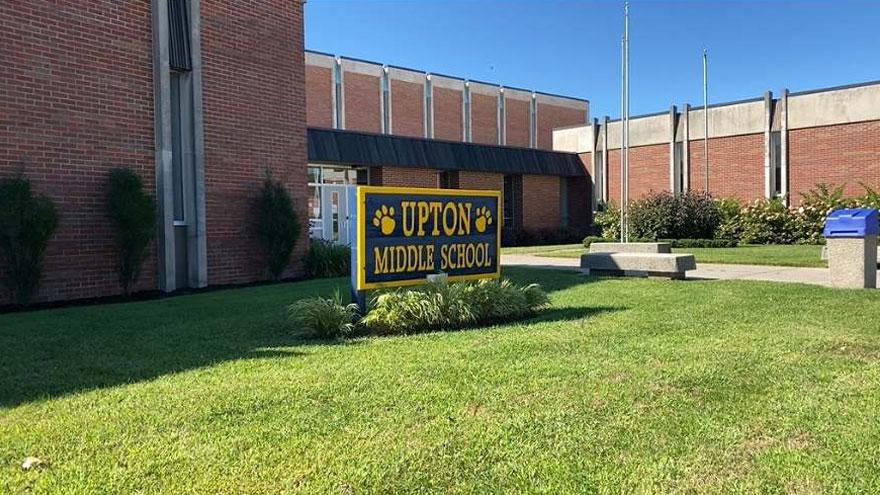 At 11:30 a.m., police were called to Upton Middle School after a threatening message was written on a bathroom wall.

Officers reviewed video and conducted an investigation and located a suspect.

Police said a 13-year-old student admitted to writing the threat on the bathroom wall.

The student was taken to the police department for processing.

While conducting the investigation, another threat was discovered and reported.

A student allegedly made a threat to shoot another student, police said.

Witnesses and the student were interviewed. The suspect was taken to the police department for processing.

Just before 2 p.m. police were called to Lakeshore High School for a threat complaint. School administrators found a hand written message making a threat with no specific target.

Video footage is being reviewed and police are working to identify a suspect.

School at Lakeshore High School has been cancelled for Tuesday while the investigation continues.