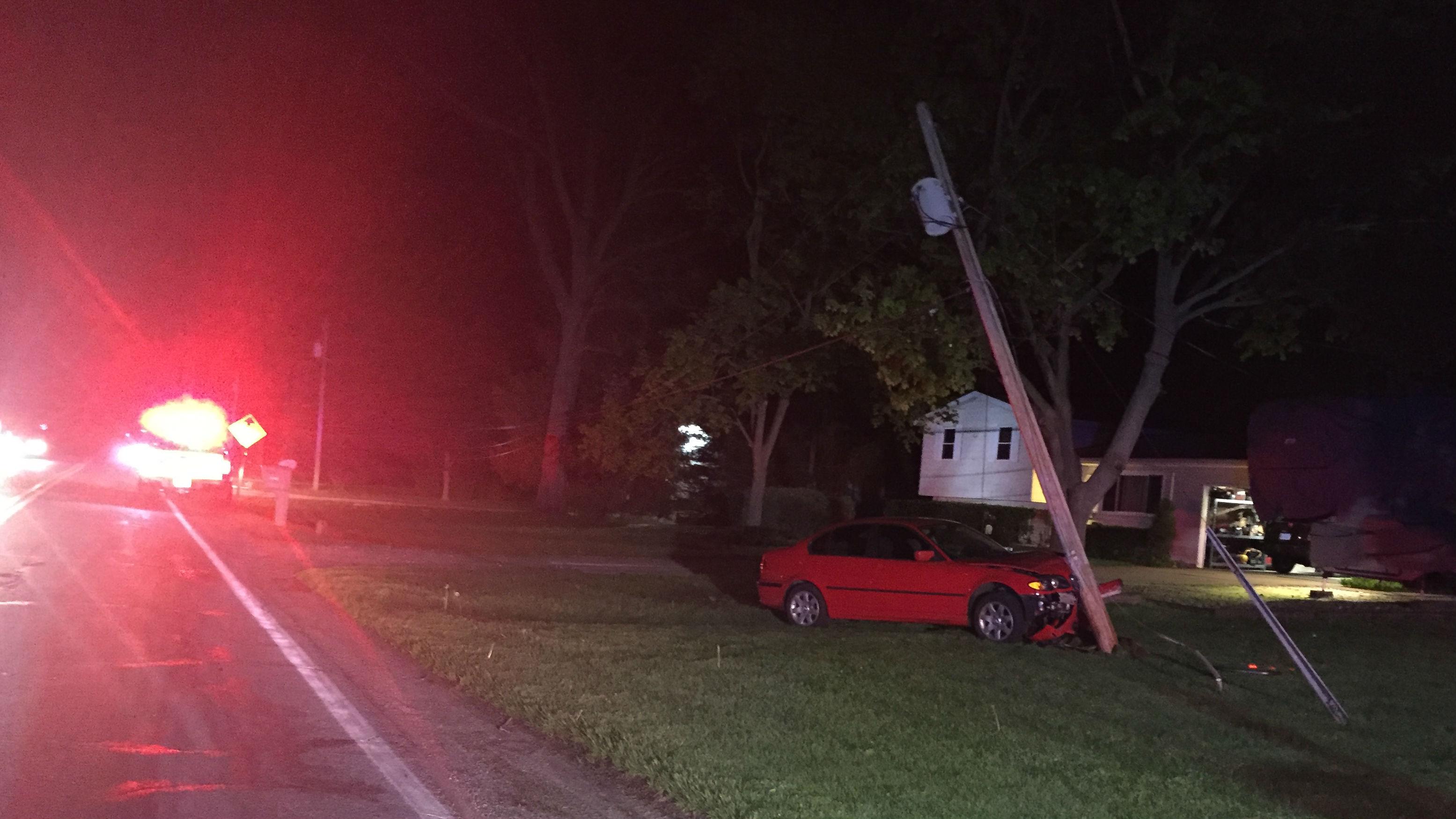 Saint Joseph County deputies and Clay Fire responded to the scene of a single-vehicle accident early Saturday morning where a driver hit a utility pole.

The accident happened around 3:00 a.m. near the intersection of Hollyhock Road and Auten Road.

The crash caused the utility pole to lean and lines were dangling, but power was not out at the time of the crash.

Police had the driver in custody pending an OWI investigation after the crash but have not released further details.

The scene was clear within a couple of hours.