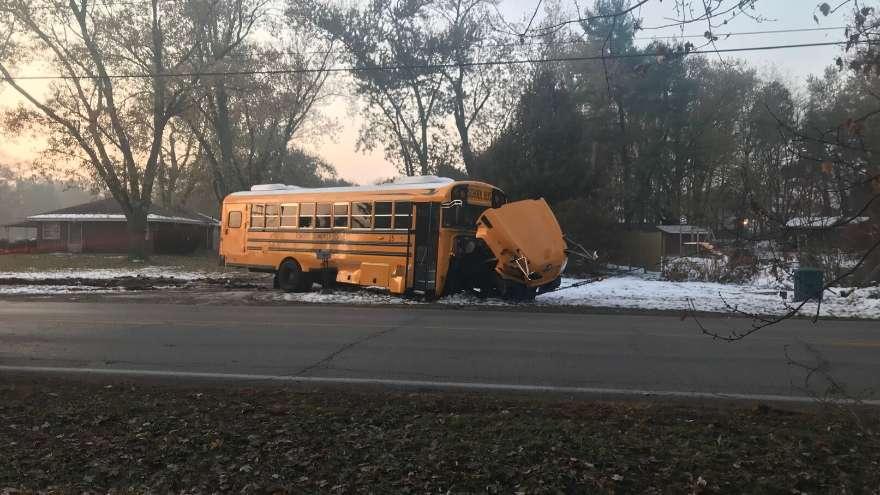 The crash happened near County Road 20 and County Road 107 around 6:15 a.m. This is near the entrance to Old Farm Apartments.

Concord Schools said one of its school buses was involved in the crash.

Police said that an SUV driven by Israel Rangel Lozada, 43, of Elkhart, failed to stop at a stop sign and drove in front of the school bus.

The SUV then crashed into a utility pole, police said.

Lozada was cited for failure to stop at a stop sign and operating a vehicle with fictitious registration, according to police.

Students were evacuated from the school bus, which had front-end damage.

Three students and multiple adults, including the bus driver and bus aide, were taken to the hospital for evaluation, according to Concord Schools.

The three students were not injured and the bus driver and bus aide sustained minor injuries.

All three people in the SUV were taken to the hospital for evaluation and minor injuries.

At the time of the crash, the bus was transporting one West Side Elementary School student and two Concord Junior High School students. Parents were notified, according to Concord Schools.