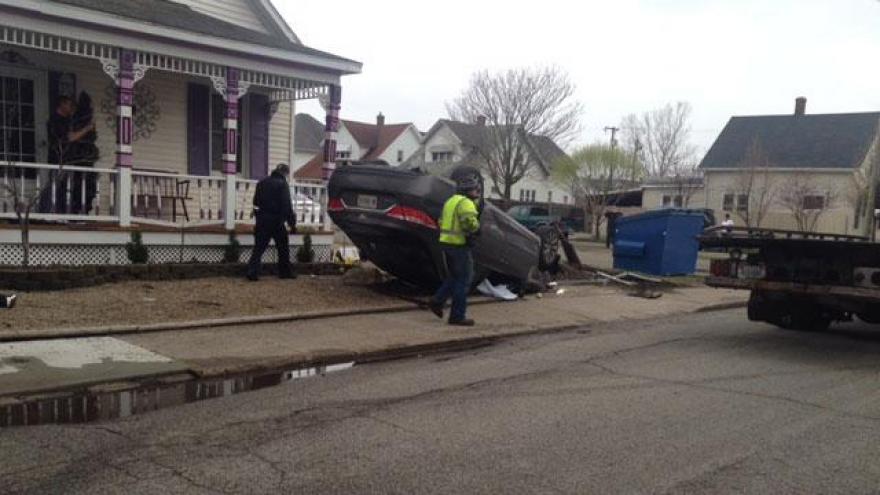 Police say someone driving a stolen vehicle crashed the car, then ran from the scene.

Police do not know how many people were in the vehicle when it crashed.

Police say they found guns and drugs in the crashed vehicle, which had been reported stolen.

Correction: ABC57 was told by St. Joseph County dispatch a hit and run involving a pedestrian on Grant Street and this accident on Ford Street was related. The South Bend Police Department says it is unclear if the two are connected.