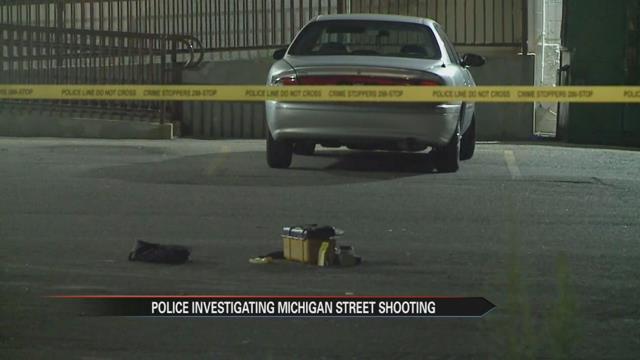 South Bend Police are on the hunt for two people connected to a Tuesday night shooting on the city’s south side.

The family of 28-year-old Louis Clark Jr. says he was shot in the leg at the Octapharma Plasma parking lot on South Michigan St.

His injuries were considered minor.

He was released from the hospital and his family says he went to work today where he started his first day on a new job.

South Bend Police are looking for two males, who may be teens, who attempted to rob Clark just before 10 pm Tuesday night.

“I feel safe here but that’s how many in the last few years, maybe we need a little attention here though I do see police presence here, it’s not like they’re not here, they come through,” said Jimmy Glenn, a nearby resident.

There are no known suspects at this time and the case is still under investigation.

Anyone with information is asked to contact SBPD or Crime Stoppers.