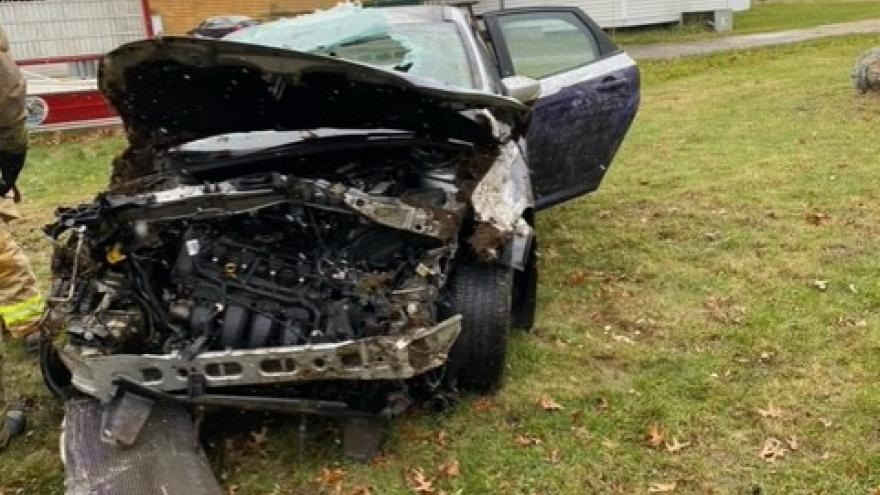 The car was driven by Annamae Davis, 24, of Kalamazoo, according to police.

Initial investigation shows that Davis was heading west, when she fell asleep and drove down the shoulder, according to police. Davis then hit a culvert and the car went airborne, police said.

The Cass County Sheriff's Office said Davis and her 3-month-old son were taken to Three Rivers Hospital. Davis was wearing a seat belt and her son was in a car seat, police said.

Narcotics and alcohol are not believed to have been a factor in the crash. Police are still investigating the incident.