Police investigating the death of a 17 year old girl 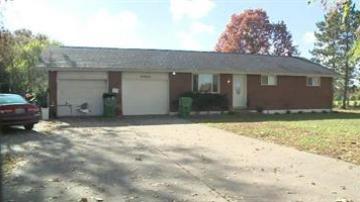 ELKHART, Ind.-- Saturday night police responded to a 911 call in Cleveland township, and found a 17 year old girl dead in a bedroom. Police said this death is suspicious and they arrested a person of interest at the scene for unrelated charges.

When officers got to the home they found a 17 year old girl dead.

Neighbors said the crime scene unit was at the home until 6:30 am Sunday morning.

Neighbor Cliff Daly says he didn’t know the girl, but he heard she was a babysitter who lived there.

Daly said, “The 17 year old was here to take care of the special needs child as I understand it, and there was a gentlemen that was visiting her and something went awry.”

Daly says he’s lived in Cleveland township most of his life and he’s shocked that something like this would happen.

Daly said, “For somebody to rob somebody of their life is just unspeakable.”

Police are still investigating the death and will not disclose the young girl's name until family has been notified.

A couple who lives across the street couldn't believe a death investigation was going on just a few feet away.

Linda Cooper said, “We went to a restaurant this morning and saw the yellow ribbons and the firetrucks and all that. We thought the other neighbor's mother had passed away, but we found out later it was a homicide.”

Police told Cooper's husband that a person of interest is in custody.

Cooper said, “It was domestic. If it was a house invasion I would be scared.”

The owner said the property is rented to a mother and three children.