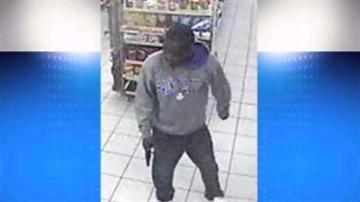 ST. JOSEPH COUNTY, Ind. – Within 24 hours there were three armed robberies at 7-Eleven convenience stores in South Bend and Mishawaka. Police from both cities are working together to determine if the crimes are related.

Two men walked into a 7-Eleven on LaSalle Avenue in South Bend early Thursday morning - just before one a.m.

They fired shots and grabbed cash from the register

A short time later, a 7-Eleven on Lincolnway West was robbed.

Early Friday morning a 7-Eleven on Douglas Road in Mishawaka was robbed by two men with guns.

Police say they are counting on the images from surveillance video to help them identify and arrest the suspects.
It helps that the criminals seem to be hitting only 7-eleven stores.

"If we have somebody who is targeting convenience stores, there's just a limited number of convenience stores open in the middle of the night. So, you've got your pick of 7-Eleven, a number of gas stations, so it isn't like this is target-rich environment here where it could be any one of a hundred different places,” said Captain Phil Trent of the South Bend Police Department.

We also received reports there was an armed robbery at a convenience store in Niles. We are working to gather more information about that robbery.