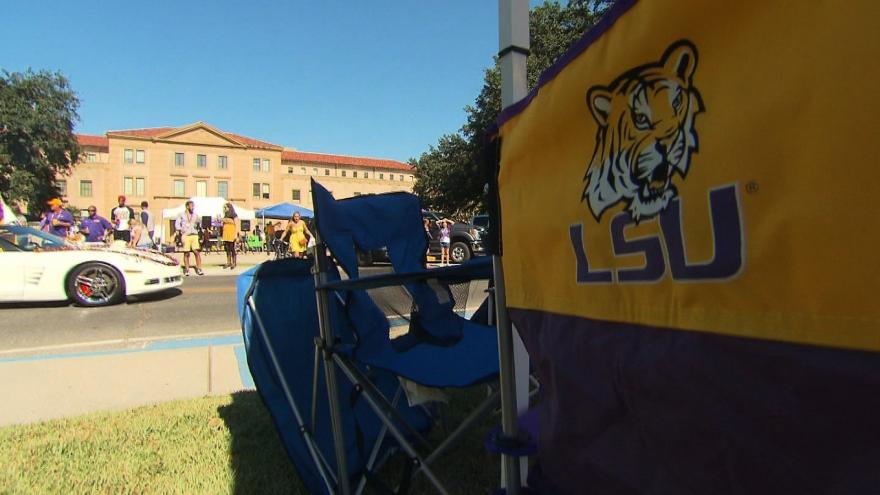 Police at Louisiana State University have issued arrest warrants for 10 Phi Delta Theta members as they investigate whether a fraternity hazing led to the death of a freshman student. Maxwell Gruver, a fraternity pledge from Roswell, Georgia, died in September, 2017. Photo courtesy CNN

(CNN) -- Police at Louisiana State University have issued arrest warrants for 10 Phi Delta Theta members as they investigate whether a fraternity hazing led to the death of a freshman student.

The ten members for whom police issued warrants are charged with hazing. One faces an additional charge of negligent homicide.

The night before Gruver died, he was called to the Phi Delta Theta house to participate in "Bible Study," according to interviews conducted by LSU police that were detailed in arrest warrants for two people present at the fraternity on the night of the alleged hazing. As a part of the "Bible Study," fraternity members asked pledges questions about the fraternity. If they answered the questions wrong, pledges were told to "take a 'pull' from a bottle of alcohol." As many as 18 to 20 pledges may have participated in the event, according to the arrest warrants.

Several interviews conducted by LSU police "indicated that the pledges were forced to drink in excess," according to the warrants.

At some time around midnight, Gruver was highly intoxicated, according to witnesses who were interviewed by LSU police. Members laid Gruver down on a couch in the fraternity house. They checked on Gruver throughout the night until around 3:00 a.m., at which point he was still passed out on the couch, according to interviews conducted by LSU police detailed in the warrants.

No one checked on Gruver again between 3:00 a.m. and 9:00 a.m. the next day, the warrants state. When members checked on him the next morning, his pulse was weak, and they could not tell if he was breathing. They then decided to take Gruver to the hospital, where he was later pronounced dead, according to the warrants.

Phi Delta Theta's LSU chapter was suspended by LSU and by the fraternity's national office immediately after Gruver's death. The national fraternity office has also opened an investigation into the incident.

The national organization also stated its support for the charges brought against its now former members.

"We fully support local law enforcement in their decision to move forward and file charges against all of those alleged to be involved with the passing of Maxwell Gruver," the statement says. "Actions such as those described in the charges filed today are completely inconsistent with the values of Phi Delta Theta."

Last month, LSU President F. King Alexander said that the 18-year-old's death is being investigated as a "potential hazing incident."

"As we've continually warned over and over again, hazing is dangerous, irresponsible, and unacceptable, and it will not be tolerated at LSU, period," Alexander said then.

The ten members for whom police issued warrants are charged with hazing. One faces an additional charge of negligent homicide.

Phi Delta Theta's LSU chapter has been suspended by LSU and by the fraternity's national office, which has also opened an investigation into the incident.

"We're committed to investigating this situation thoroughly. The chapter and any individuals who are found to have violated our policies will be held accountable," Bob Biggs, executive vice president and CEO of Phi Delta Theta General Headquarters, said in a release last month.