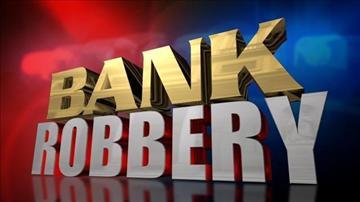 MISHAWAKA, Ind. -- A Mishawaka Key Bank was robbed on Monday just before 5 p.m.

It happened at 401 Lincolnway in Mishawaka, Ind.

The suspect was armed with a knife when he entered the bank and demanded money.

The suspect received an undisclosed amount of money and made his escape. He was last seen running south on Hill Street toward 3rd Street.

Police said they have a good idea of who they are looking for. The suspect is described as a Hispanic male between 20 and 30-years-old. He about 5'6", 180 to 190 lbs., with dark hair. Police said he was hearing a black hoodie and a Carhart jacket. He also had a dark colored moustache, and possible goatee with a "soul patch".

We will have updates as soon as they become available.

If you have information about the whereabouts of the suspect, police ask that you call the Mishawaka Police Department Detective Bureau 574-258-1684.