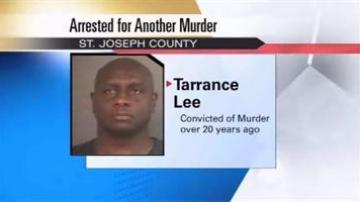 Lee is being held at the St. Joseph County Jail on preliminary charges.

Hickory Village neighbor Kim Plott said she could not believe her eyes when cops rolled up to arrest Tarrence Lee for allegedly murdering his girlfriend.

"I was like, 'Oh my God, it's like cops,'" said Plott. "All at once the SWAT team was out back with their guns drawn.”

But Plott was even more shocked to see Metro Homicide gathering evidence in Lee's apartment.

"Then we saw Metro Homicide and we were like, ‘Oh my gosh,’" said Plott.

Plott said Lee lives two doors down from her and she had seen him around.

"I have seen him go into his car a couple times."

Plott said it scared her that someone so normal looking could be accused of such an evil crime.

"It makes me uneasy," said Plott. "I can't imagine. I have never been around that or known anybody to do things like that.”

Plott said just moving in the complex a month ago, it makes her wonder if she is safe in her own home.

"Just wondering did I move into the right place?” said Plott. “After living in Michigan and hearing the crickets and all at once you got the SWAT team running around in the backyard.”

Plott said she will be locking her doors and praying for the family of the woman who police say they believe has been murdered.

"I’m praying for the family.”