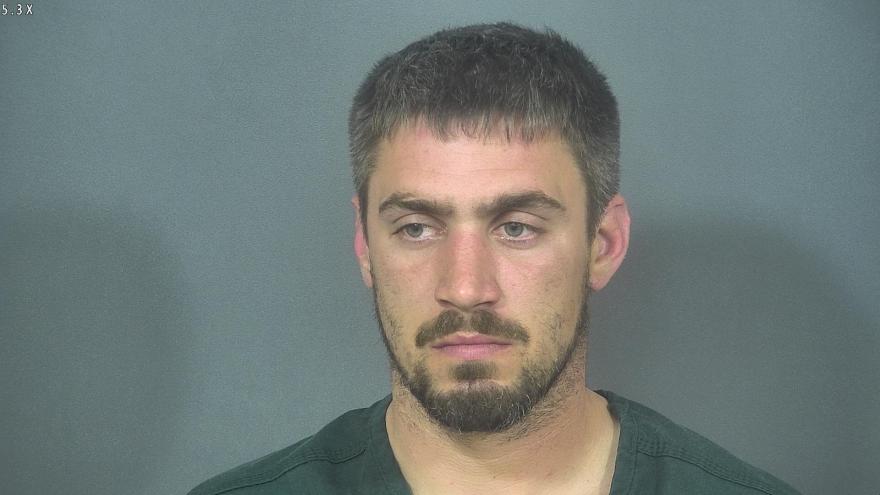 ST. JOSEPH COUNTY, Ind.—A man is accused of firing gunshots following a dispute while driving in both Indiana and Michigan on May 8, according to the probable cause affidavit.

On May 8 around 9:30 p.m. officers with the St. Joseph County Police Department responded to the corner of Adams Road and Bittersweet Trail regarding shots fired.

Upon arrival, officers spoke with Keith Adams, who told officers that he was driving on Redfield Road in Cass County, Michigan when a vehicle turned on its headlights directly behind him, while traveling close to his back bumper and flashing its lights.

Adams told police that he used his brakes but the vehicle continued traveling very close to his back bumper so Adams pulled over to allow the vehicle to pass him, according to court documents.

The driver of the vehicle then yelled “Do you want to get shot tonight?” before speeding off and sticking a gun out of the window, firing one or two shots into the air, the probable cause affidavit said.

Adams told police that he then followed the vehicle to Adams Road in St. Joseph County, Indiana, pulled into a parking lot and called 911.

When he called 911, Adams saw two individuals walk behind a building, heard a shot and then a muzzle flash, court documents said.

Adams put the vehicle in reverse, heard another shot and saw another muzzle flash, and then heard a bullet “whizz” past the driver’s side door of his vehicle, the probable cause affidavit said.

Officers located the two individuals, including Kevin West, 34, who originally denied firing shots but during an interview with police, admitted that he had been traveling in Cass County when a “road rage” incident took place, court documents said.

West told police that he had passed the Suburban, driven by Adams, and did not pull over when Adams yelled for him to do so. Instead, he said the Suburban followed him to his home, where West went into his garage, got a handgun, and fired one warning shot towards the ground on the east side of the parking lot, court documents said.

West is being held at the St. Joseph County Jail without bond and is charged with criminal recklessness and carrying a handgun without a license. He is due in court on May 13.

West does not have a permit to carry a handgun, according to court documents.