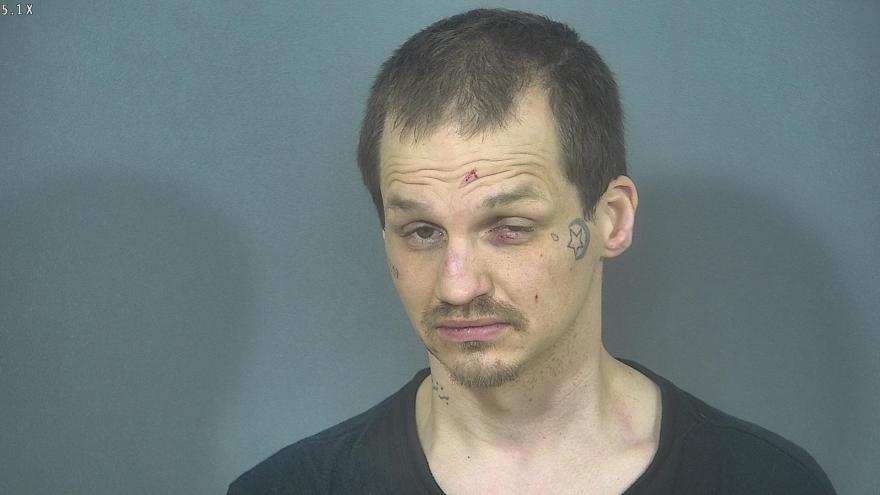 ST. JOSEPH COUNTY, Ind.—A man was arrested after refusing to leave a bathroom and allegedly attacking police officers who tried getting him out, according to the probable cause affidavit.

On May 2, officers with the Mishawaka Police Department responded to a call regarding an unwanted male subject at a residence in the 600 block of W. 6th St.

Police were told the male was acting aggressive and stated he had a gun and would fire at police, according to court documents.

Upon arrival, officers saw a child step out of the house and go back inside when a male voice yelled “don’t go outside,” court documents said.

Officers started to enter the home and found two adult females and children in the dining area.

The suspect, identified as Brandon Holderman, 31, was inside of a bathroom and refusing to come out, according to the probable cause affidavit.

One of the adults went outside with her children but the other adult, Holderman’s mother, would not leave the home and said that her son did not have a gun, court documents said.

A sergeant tried to talk with Holderman through the bathroom door in an attempt to get him to come out but Holderman did not do so and he continued yelling, stating he would hurt any police officer that came in after him,” according to the probable cause affidavit.

He stated to police that he had a gun and was going to shoot officers if they attempted to get into the bathroom, court documents said.

According to the probable cause affidavit, officers tried to force the locked door open but Holderman was forcing it closed. An officer kicked the door, his boot went through and he was able to shoulder open the door.

According to court documents, Holderman ignored the officers’ commands to get on the ground and instead, Holderman kicked an officer in the leg and began punching him in the face.

Holderman was eventually arrested and taken to St. Joseph County Jail, is being held without bond and is due in court on May 6. He is charged with battery against a public safety official, three counts of intimidation, and resisting law enforcement.