Police: Man shot and killed in Michigan City on Friday 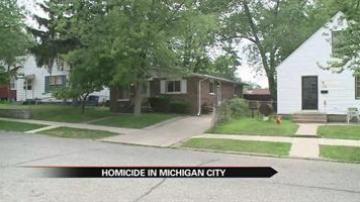 MICHIGAN CITY, Ind.-- Police are investigating a homicide in Michigan City that happened around 11:15 on Friday night.

Detectives said they responded to a shooting in the 200 block of Calumet Avenue where they found 29-year-old Berry Williams unresponsive.

Williams was rushed to St. Anthony's Hospital with gunshot wounds where he later died.

Neighbors said they are shocked that a homicide investigation is happening in their front yard.

Rodney Washington said, “I’ve lived here 22 years and this is the first time something like this has happened, the young man’s life was taken and I think he wasn’t even 30 years old so that’s always hard and very shocking.”

"There might be a fight or argument but never someone killed in the street."

Michigan City Police have no suspects in custody at this time and they are asking the public for help with any information regarding this investigation.