Police: Man takes off running because of expired driver's license 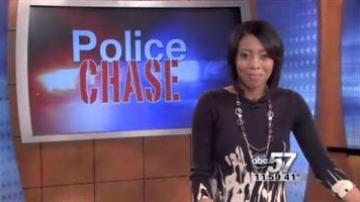 ELKHART COUNTY, Ind. -- Indiana State Police and Elkhart County deputies worked together to catch a man who they said took off running, following a traffic stop.

23-year-old Jose E. Rodriguez of South Bend was stopped at the bypass and CR 1, after 9 a.m.

Officers brought out K-9s and set up a perimeter to catch him.

They say he ran for about two and a half miles before giving up.

Police said he is facing charges of Speeding, Driving with a Suspended License, and Resisting Arrest.