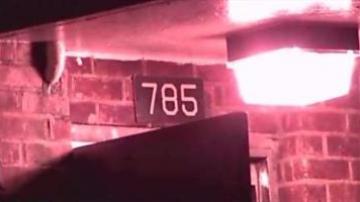 NEW YORK -- A New York woman is recovering from burns after being doused with acid aand police say her father is the one who did it.

Her 69-year-old father is charged with felony assault.  Police say the man claimed his daughter was abusing him.

They say he threw drain cleaner on her. Witnesses say the woman ran outside, as her skin peeled off.

“Her skin was falling off of her in front of my building in front of my face,” said a witness. “When this ordeal started, she had two eyes. When she was leaving, her eyelid was off of the other.”

She is expected to survive the attack.