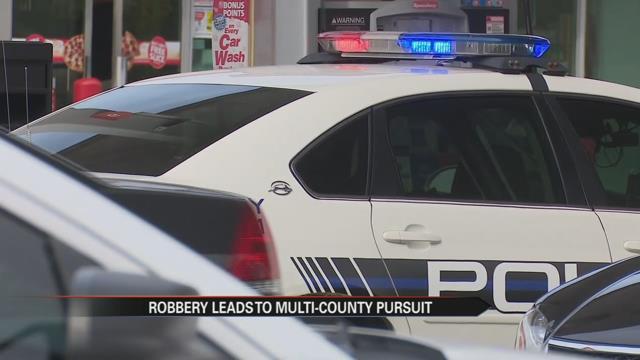 It took the teamwork of numerous law enforcement agencies to get there.

Authorities say the male suspect pistol-whipped the clerk working at the store.

Witnesses took note that the suspects drove a white van with a partial plate.

Suspects were described as a black male and white female.

Moments later, a Berrien County deputy spotted the van heading east on US 12 past Niles.

The deputy followed the vehicle.

The alleged robbers eventually crossed back into Indiana, ending up at a South Bend Speedway.

The Berrien County deputy called for backup from South Bend and St. Joseph County police, and the two suspects, David Moss and Krista Caldwell were arrested.

“The significance of being able to do it very, very quickly, get them in custody without anyone else being injured, is a sign of great police work, great cooperation,” Captain Mike Kellems with the La Porte County Sheriff said.