Police: Passenger ejected on I-65, dies on scene 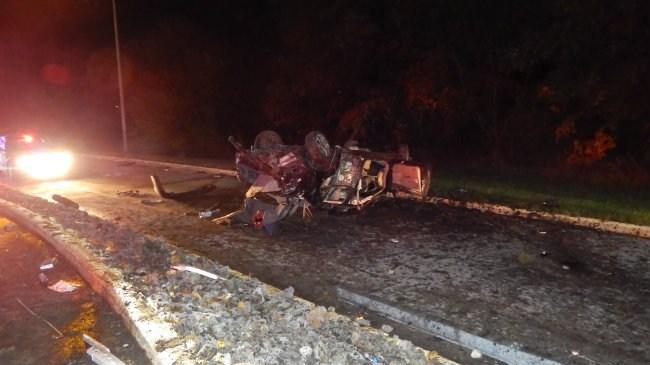 A passenger traveling in a vehicle on I-65 died after being ejected during a crash late Wednesday evening.

Indiana State Police say the vehicle driven by 25-year-old Zachary Smith Vetter of Crown Point was traveling southbound on I-65 and entered a rest park at a high rate of speed.

Troopers say the road is split into two lanes for trucks and cars upon entering the rest park.

Vetter was not in either lane and continued through the center, crashing into a large state highway sign and took out the 12-foot poles holding the sign into the ground.

According to authorities, the vehicle began to slide down an embankment into a ditch where the passenger was ejected.

The vehicle came to a rest at the entrance lane at the rest park.

Troopers say the ejected passenger was found near the tires of a 2006 Freightliner semi truck.

The passenger was pronounced dead at the scene.

Vetter was cut out the vehicle and taken to Riverside Medical Center for treatment of non-life threatening injuries.

Authorities say the passenger was not wearing a seat belt at the time of the crash.