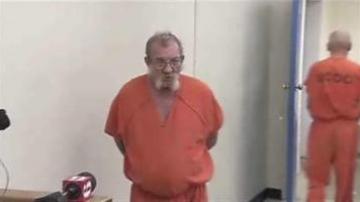 HOLLY HILL, Fla. -- An argument over how to best cook pork chops may have been what led to a deadly altercation between two roommates.

Police said the duo had a history of not getting along. Witnesses said the accused shooter yelled at his roommate about his pork chops not being cooked properly.

That's when they said he shot the guy three times. A third roommate called 911.

He faces one count of second-degree murder. Police said additional charges are pending.