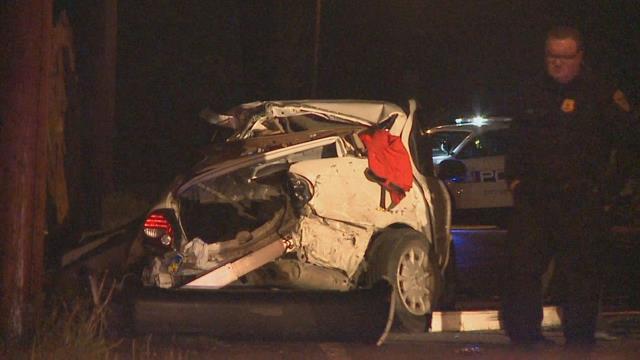 South Bend Police arrested one person Tuesday morning after a high-speed chase ended in a crash along Linden Avenue.

Police say they pulled the driver of the white SUV over shortly before 2 a.m. for a traffic stop. The driver took off, and a pursuit ensued.

The chase ended when the driver crashed into a pole near the intersection of N. Kaley St. and Linden Ave.

Police say the driver took off running. The passenger in the car was injured in the crash, and was taken to South Bend Memorial Hospital.

FACT officers who arrived on scene said both alcohol and high speeds were likely contributors in the crash.

The driver was identified as Marquese Henderson.