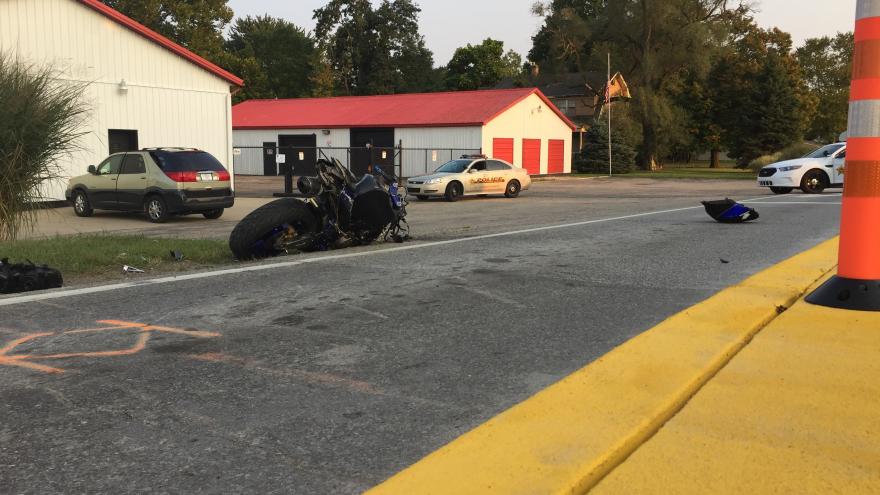 OSCEOLA, Ind. – The driver killed in a motorcycle crash Sunday evening, has been identified.

Officers were called to Beech Road at the railroad crossing at Lincolnway just after 6 p.m. where they found Wallace deceased.

Police say Wallace had been traveling southbound on Beech from Lincolnway when he lost control of his motorcycle, crossed through the northbound lane and went onto the shoulder.

His bike struck the rails and he was thrown from it.

According to officers, Wallace was not wearing a helmet and suffered severe head injuries. He was pronounced dead on the scene.