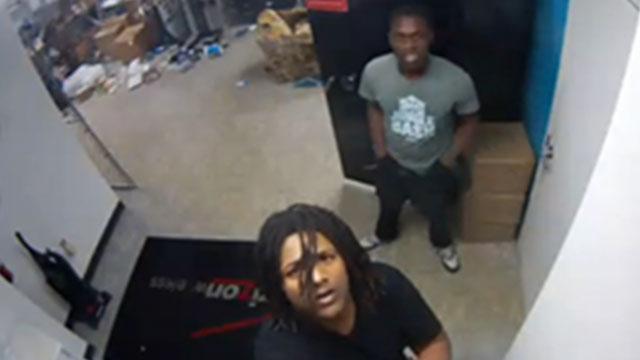 La Porte Police have released a surveillance photo of two men they say robbed a store on E. Lincolnway in April.

According to La Porte Police they were called to TCC, Verizon Premium Wireless, an authorized Verizon wireless retailer, for an armed robbery around 10:20 p.m. on April 20th.

Two black males in the store were asking questions about phones when one of the men pulled a handgun and pointed it at the clerk.

The man demanded all the phones in the store and also removed money from the cash register drawer.

The suspects left through the back door.

Within minutes of the robbery, police stopped a 2016 gray Ford Explorer in the downtown area on Lincolnway.

As officers approached the vehicle, it fled from police and headed into Michigan.

Police lost the vehicle in the New Buffalo area.

The store clerk suffered a minor injury in the robbery.

If you have any information in this case or know the identities of the suspects, please contact Detective Jim Ferguson at 219-362-9446 Ext. 207.