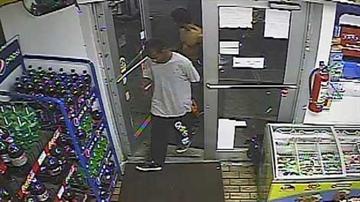 ELKHART, Ind. -- Elkhart Police have released surveillance photos of two suspects in the robbery of a convenience store on September 7.

Police said the robbery happened between 11:30 p.m. and midnight.

The two suspects entered the store and put several items in a backpack.

The clerk confronted the suspects and he was battered.