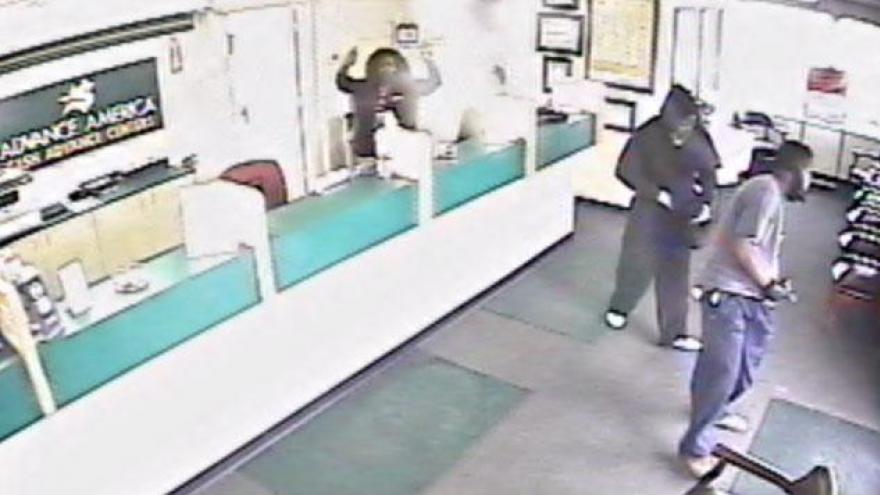 Elkhart Police have released surveillance images of the suspects involved in the Advance America robbery on August 15.

The suspects then fled from the store.