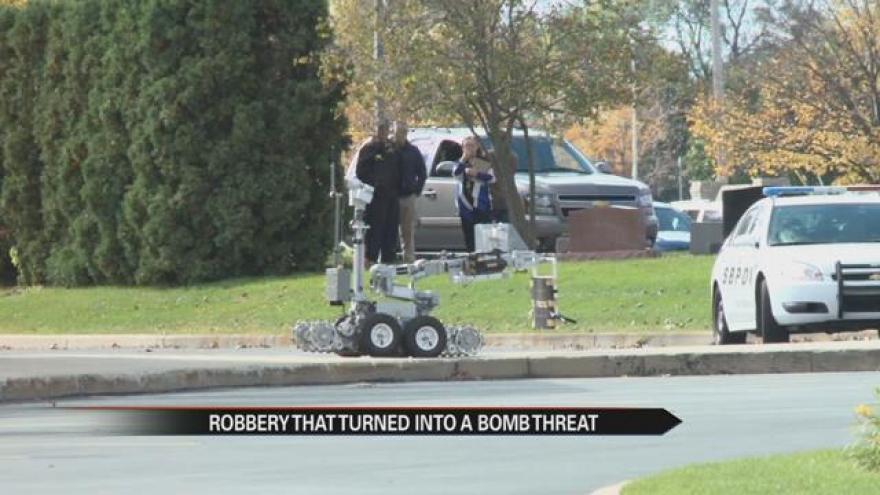 The South Bend Police Department released surveillance photos from the robbery at the 1st Source Bank on N. Portage Avenue.

Police said the suspect left a package and indicated it contained an explosive device. Employees and customers left the bank and waited for police.

At approximately 1:25 p.m., the Bomb Squad determined the object was not an explosive device and the scene was determined to be safe.

The suspect is described as an black male between, approximately 45 to 50 years old, wearing a black jacket, blue hat, scarf, and a blue skirt/dress.

If you have any information in this case, contact Crime Stoppers at 288-STOP or the South Bend Police Department at 574-235-9201.