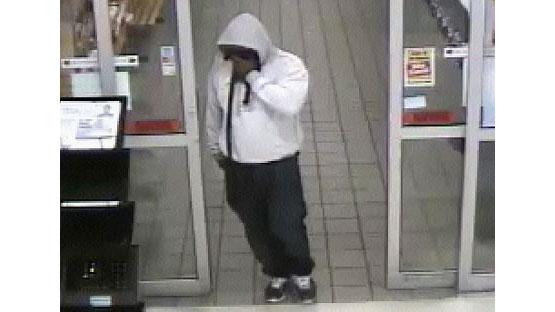 The Elkhart Police Department has released surveillance photos of the man suspected of robbing the Martin's Supermarket on North Nappanee Street on September 22.

Police said the suspect entered the store around 6 a.m., displayed a handgun and demanded money.

After he received the money, he fled the store.

The suspect is described as a black male, 5’4 to 5’6 tall and weighs 165 to 180 pounds. He was wearing a gray hooded sweatshirt and blue jeans. He also had his face covered.