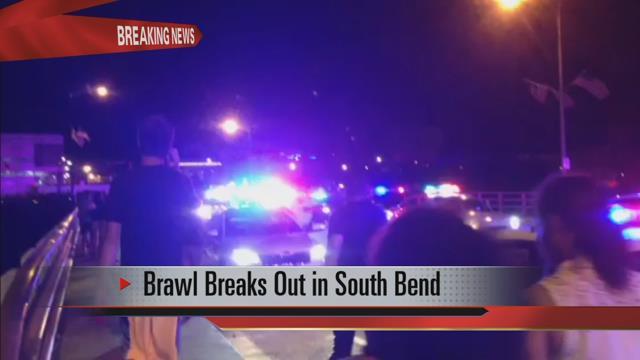 Over 20 police officers, local officers, and private security were called to the On The River Event in downtown South Bend due to two fights that broke out Friday.

The fights happened at the event, along the Saint Joseph River, in downtown South Bend Friday evening.

Officials say the event was shut down about 45 minutes early due to two large fights that happened about 90 minutes apart.

Witnesses say there were over 2,000 teens at the event.

No injuries have been reported and there were no weapons found.

According to the South Bend Police Department, there were 6 to 8 people detained as of midnight Saturday but all juveniles who were in custody have been released.

This is the 8th year that the On The River event has taken place.

Organizers announced that this will be the last year the event will take place due to construction and building plans in the future.

Aaron Perri, the co-founder of On the River released a statement, "I want to thank the South Bend Police and other local officers, private security and On the River volunteers for acting swiftly and professionally to manage the situation.”